The history of the concepts “traditional” and “folk” medicine 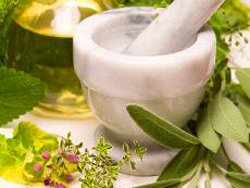 Traditional medicine – the concept is quite broad and historically more ancient. It includes a set of tools and techniques of folk healing, developed as a result of empirical experience throughout the history of mankind from the dawn of man (2 million years ago) till our days.

At the dawn of mankind, in primitive times, healing was the collective activity of all the congregation – truly a people’s medicine .

Folk medicine – age of man on Earth. Wrote L. Morgan, E. Taylor, R. S. Solecki, V. P. Alekseev and many other researchers of prehistoric culture. Moreover, traditional medicine is a universal phenomenon; it existed in all periods of human history, all peoples of the world. Her experience is multiplied thousands of years, passed down from generation to generation, were kept in a circle of initiates, evolved some and destroyed others. It is not down to us all sing glory and power, – much has been lost, destroyed, forgotten on the thorny path of history, because the evaluation of traditional medicine for centuries has been mixed: from admiration to oblivion. And this is understandable. Folk medicine has incorporated both rational knowledge and techniques (therapeutic agent from plant, animal or mineral origin; psychological impact, rukodelie, hygiene skills), SAC and irrational,which arose as a natural result of the perverse world-view of the powerful and incomprehensible nature.

Proven rational methods and vast empirical experience of folk healing became one of traditional origins, and then and scientific medicine. At the time, as magic rituals and irrational methods of primitive healing, has been the subject of criticism, and in certain historical conditions were a cause for fighting in folk medicine.

Traditional medicine – the concept of a narrower, more concrete and historically younger. At its heart always lies a coherent philosophical, or rather religious-philosophical doctrine that organically weaves empirical experience of folk medicine of this ethnic group. Without a philosophical concept that defines the place of man (the microcosm) to the world (the macrocosmos), may not be of traditional medicine. And since traditional medicine is developing in the tradition, which is stable and changes little over the centuries and even millennia (e.g. traditional Chinese medicine). Traditional medicine is viable where there is a hearth and bearers of this culture – i.e. at home. This does not preclude its subsequent distribution and other regions of the globe, but at home, she will always be more efficient and more viable.

The formation of traditional systems of medicine in different countries almost always coincided with the period of formation of their statehood – a time when they were established social customs and laws that formed the religious beliefs and philosophical teachings.

And the folk healing and traditional medicine are the origins of scientific medicine.

Scientific medicine is closely connected with the scientific experiment that tested empirical knowledge and philosophical ideas, are slim scientifically (I mean experimentally) reasonable concepts, hypotheses, theories. Scientific medicine and its methods are not traditional, that is, associated with any one culture and its tradition. Moreover, scientific medicine is international in its essence, is her achievement quickly become the property of the various peoples of the globe. The aim of natural science is an objective study of nature and laws of its development. On all continents of the globe this study is on the basis of common methods owned by the science at present.

What, then, has the right to be called “alternative” medicine . First of all, it is scientific medicine; it is outside of any one tradition, i.e. non-traditional. In China today there are traditional and non-traditional medicine – traditional Chinese and complementary research (mainly European) medicine. They are taught in different medical schools, but in practice are closely linked.

The Union folk, traditional and scientific medicine opens before mankind a wide prospects for treatment and prevention of diseases methods corresponding to the nature, not breaking the interactions of the person with world around.